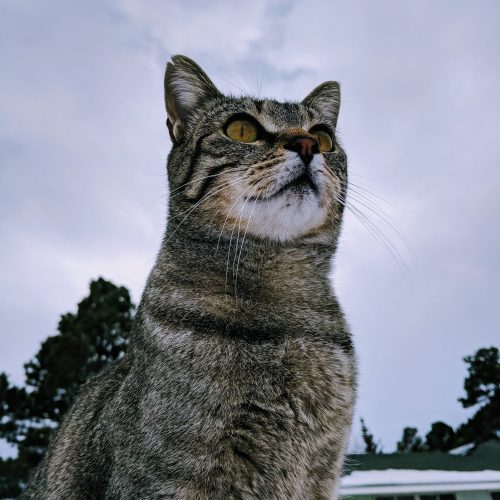 There are two important facts I know about mice. First, I really don’t like mice. It’s the only animal I know of that triggers an immediate primal reaction in me. Even if I am checking to see if a mouse trap has caught anything, the completely predictable sight of the dead mouse elicits screaming from me. It’s always three short screams, like an chimpanzee alarm call. No other animal startles me in this way.

Personally, I had hoped that the chickens would take to eating them. Imagine ninja chickens stalking the little rodents into exile. Certainly the chickens I had at the time would eat one if I gave it to them, but mostly they were a little to lazy and the mice were a little too fast.

So you know watching the chickens eat a mouse is brutal, because they first have to figure out how to get it into bite sized chunks. Not having teeth or hands, they all grab a spot and start tugging at it until it bursts open like a pinata. The girls don’t even leave the bones, but their rare forays into mousing are not enough to keep up with the healthy population of mooching room mates.

One day, I rounded the corner of the garage to find little Griffin, our chupahuahua, playing with the still twitching remains of a mouse he had eviscerated. I dispatched mercy on the mouse with a shovel and took it away from the little dog, who is allergic to most meat proteins. If we had enough mice that the hapless little dog was taking them for playmates, we had too many mice.

The decision was made that we were getting a barn cat, so the next weekend my husband, Salt, and I drove two hours to the area shelter that deals in them. Salt decided that two barn cats would be better than one, which elicited a sigh of resignation from the shelter volunteer that had to catch the feral cats, which apparently roam freely around an enclosure at the rescue. Interestingly, one does not pick a rescue barn cat. One gets whichever one can be caught.

The barn cats in the shelter are fixed so that there will be no unwanted litters, and they have all of their initial shots, usually while they are under the anesthesia for the surgical procedure. They are feral. They don’t trust humans. They generally don’t care for other animals. Or so we thought.

We dutifully followed the instructions on how to acclimate the cats so they didn’t run off. (It’s a tough love scheme where they are locked up for several weeks so they can see you feed them.) Salt, being a cat lover, went the extra mile to bond with them. Within a few months one of them, Lucy, had found her way into the house through the dog door. She spent her evenings on Salt’s lap and her days hunting rodents, which she proudly displays on the front door step.

Our other barn cat, Tommy Lee, is much more skittish. She spent a long cold winter living in the heated cat palace that Salt had made for her in the garage, but in the spring the raccoons discovered the comforts of garage living. Between the raccoon terror and Salt’s continued efforts at bonding with her, she eventually made her way into the house. It has been 18 months since she last left the house willingly. She has it good and she knows it. Alas, she is not hunting mice.

Fortunately, as soon as Tommy decided to domesticate herself, along came a stray kitten, Sprite. We had first intended to make a house cat of her, but she has remained determined to come and go as she pleases. As she has grown up she has shown herself to be barnyard wise, so we now allow her to be an all occasion cat. She begs to be let out at dawn every day. For her safety, we lure her into the house at night where she prefers to sleep in the crook of my arm. Affection aside, the best part about her is that she stakes out all of the mouse holes in the chicken coop. Sprite loves to hunt. 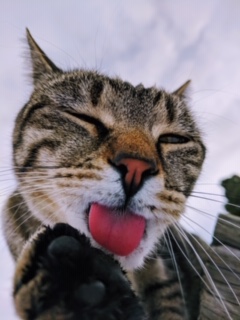 Perhaps my young hens have learned something from Sprite, because they have taken an eager interest in chasing mice for sport, and when they catch a mouse they have pinata party. Woe to the mouse. Hurray for me!

I should mention that barn cats have a high fatality rate. One day they are roaming your yard, and the next day they have disappeared in the clutches of a fox or an owl. We have not lost one yet, thankfully. I do think it helps to take the trouble to lock them up some place safe at night. That safe place doesn’t have to be in your house, but a tack room or a garage will work. Placing a cat door with a cap on the outside or with an electronic collar activation will allow them to get out if there is a fire, while it keeps predators from getting in to them.

While evidence of mice can still be found in the coop, it is not the horrific scene of thuggish gangs of mice roaming the roosts that it once was. Barn cats and hungry hens are a winning team, which I highly recommend. 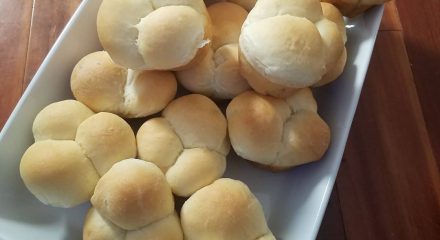